The Circus (Cirque) and Live Performance

This event has passed.

Charly Castors speaks on the history, birth, and development of the circus and  wide-spread ramifications internationally. Explore differences between the European and american circus as well as similar shows.  The whole told with video, slides, and Charly's personal experieces. 90 minutes. Followed by a Q&A.

Charly was born in the heart of Paris to the fifth generation of his family in show business. Charly and his brothers Toly and Eddy make up the acrobatic trio Les Castors which has entertained audiences around the world and across decades. From Monte Carlo to the studios of The Ed Sullivan show, the Lido of Paris to Hong Kong, Charly and his family, who live near the Moulin Rouge in Paris, have made huge contributions to the renaissance of vaudeville. In Seattle and San Francisco, Charly has been involved with Teatro ZinZanni since its inception. Nowadays, when he is not performing, he takes a great interest in teaching and passing his knowledge of acrobatics, comedy and general show savoir faire. In Seattle that often means classes through ZinZanni and SANCA and elsewhere. 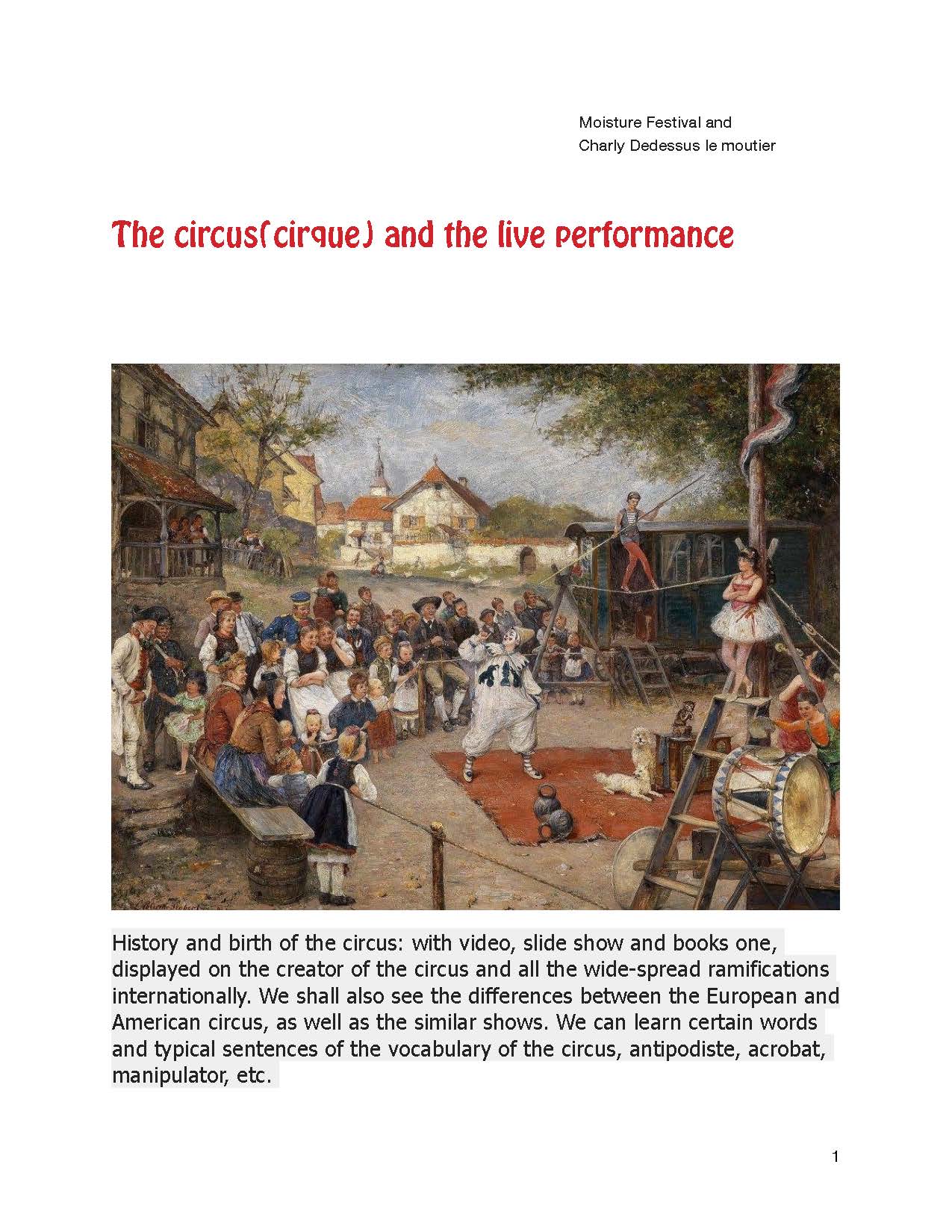 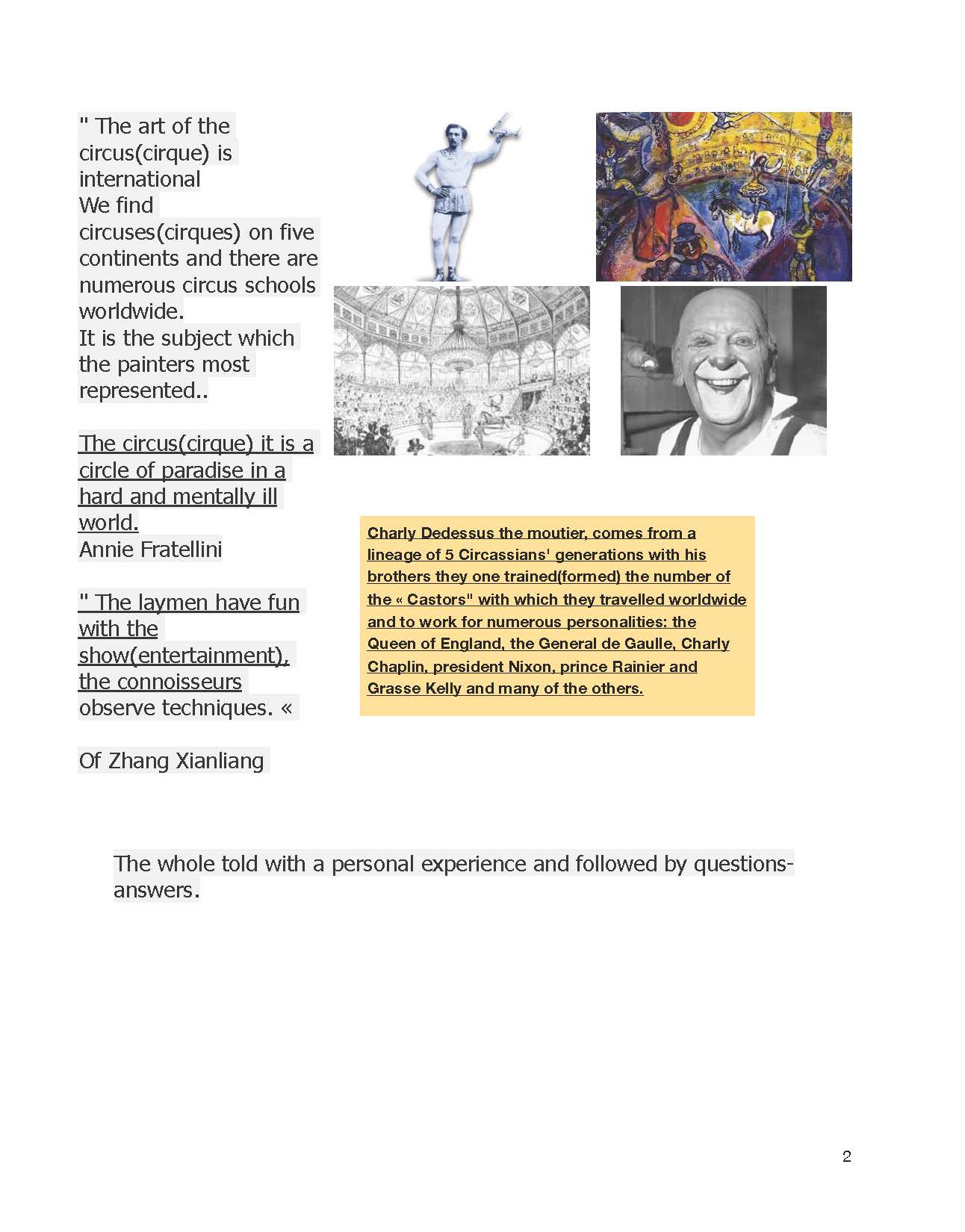